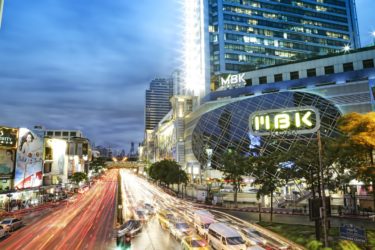 I have seen various articles about the cost of living and prices in Thailand and Japan, but many people make highly subjective and cheap estimates.

It’s hard to compare because the comparison depends on the person’s lifestyle, but I see people who have been backpacking in the past comparing travel prices across the board.

TV and bloggers try to compare prices in Thailand to make it look cheap because if it is not cheap, it is not a story.

For example, a meal at a Thai food stall is inexpensive even considering the cost of living in Thailand, but it is a price that is possible because there is a gap between the rich and the poor, and eating out is the basic way of life in Thailand.

The income of those who operate food stalls is low and competition is fierce, but since many people eat out, they are able to make a profit on thin margins. This is the reason why street food in Thailand is even cheaper than the actual prices.

In addition, TV programs cut off fractions of the exchange rate to make it appear cheaper in order to increase the impact of lower prices, which is another major cause of misunderstanding.

Comparative assumptions for prices in Thailand and Japan

First, comparative assumptions. This is of paramount importance.

For example, when it comes to food, people often hear on TV, “One meal costs 100 Japanese yen. It’s so cheap!”

You often see programs like this. It is true that food in Thailand is cheaper, but this is not at all comparable because the premise is different.

What I mean is that if you pay 35 baht (125 yen) at a Thai food stall, there are certainly many places where you can eat.

But this means 125 yen for a smaller portion of rice than in Japan, in a hot Thailand, at a roadside stall, with plastic and steel dishes, and not so hygienic.

There are no stores in Japan with the same conditions as this one.

So it is not a simple comparison.
It would mean that Thailand only has these options!
I am not sure how to compare the two.

Also, outside of the price of the meal, the service aspect cannot be compared at the same level except at restaurants that are either quite expensive or have exceptionally attentive Thai people (the level of service in Japan is too high).

Comparison cities are Tokyo and Bangkok

I will let you make a comparison between Tokyo and Bangkok, which is the land I am familiar with. Prices in both Japan and Thailand are different from those in the provinces.

In addition, Bangkok will be used as a comparison because there are no restaurants serving foreign cuisine in regional cities in Thailand, and the disparity between rural and urban areas is even greater than in Japan.

Food (eating out) in Thailand

Dining in Thailand requires more than an air-conditioned restaurant for local (locals).

Also, even if it is for local use, there are price differences depending on the location within the city and the level of the store. That is where I choose stores that are comparable in my sense.

Since there are no set meals in Thailand, the comparison of stand-alone dishes will be used as a basis for comparison.

However, under the condition of room and air conditioning, the price will be about 80% of the price of a meal in Japan at a chain restaurant such as Yoshinoya or Fuji Soba.

Also, if you want the same level of taste in Bangkok as a restaurant that is said to be good in Japan, it is more expensive than in Japan. Many Japanese restaurants are particular about their ingredients, but there are no such restaurants in Thailand at this price level.

*Other countries’ cuisine is more expensive than Japan’s, so I will omit it.

and it is surprisingly expensive.

We eat Japanese food three times a week, basically at local restaurants. Using food stalls occasionally, the level of expense would be about 50% of the Japanese comparison, and the food would be the same as in Japan.

Twenty years ago, there were no cafes at all, except for a few foreign-affiliated businesses, but today Bangkok has as many cafes as Tokyo.

Just as in Japan, you can also ask for café menu items at the cash register of a convenience store.

As to where to place the general price, placing it at Starbucks would make it a somewhat expensive store in Japan and a high-end store in Thailand, so I would place it at Doutor and local cafes in shopping malls in Thailand.

Roughly 65%.
or so. This shows how inexpensive street food is.

Housing costs in Thailand. This is the most affordable compared to Japan.

This again is a difficult comparison, but since we live in Thailand as foreigners, most of us live in properties for foreigners and wealthy Thais because of the language barrier, security, and facilities.

Therefore, Japanese people live in more expensive properties than the price comparison rate. (In Tokyo, it is like living in a one-room apartment for 100,000 yen or more.)

One difference from Japan is that many apartments do not have kitchens.

The condominiums are equipped with a kitchen and washing machine. They also have shared facilities such as a swimming pool and gym. They also come pre-equipped with beds, sofas, TVs, refrigerators, and other amenities.

Basically, the average Thai lives in an apartment. (Although the percentage of family homes is quite high.)

Apartments in Thailand (for foreigners)

Apartments in Thailand (for Thai people)

To begin with, rooms in Japan are small, and the price difference by room size in Thailand is smaller than in Japan, so it is still impossible to make a simple comparison (and they are also furnished).

Here we are simply comparing rents and considering each other as local. In this way, I think that the rent would be
About 35%.
I think it will be

Appliances and Computers in Thailand

This is another category that is difficult to compare.

The reason is that home appliances commonly used by Japanese people are basically first-class brands in foreign countries.

In other words, what Japanese people use on a daily basis is a luxury item to the average Thai person.

Therefore, we cannot compare prices at the general level.

However, if we were to forcefully determine the price of the same item as the one used in Japan, it would be
About 130%.
I guess.

Basically, Japanese home appliances are around %～150%, but Mitsubishi fans made in Thailand are cheaper than those in Japan, and some foreign/Japanese brands are also cheaper, probably because products in high demand in Thailand are manufactured in Southeast Asia.

This is not a price comparison, but simply, clothing costs less in Thailand, where you only need summer clothes. However, when it comes to comparisons, it is also difficult to make, but general level clothes in Japan become luxury items in Thailand, and they are imported.

Even Thai people around mid-high do not wear very expensive clothes.

In Japan, the middle class would be around United Arrows and Nano Universe, but there are very few clothes that are comparable to these. Therefore, it is impossible to compare them in this segment.

As a price comparison here, we will target UNIQLO, which is listed as intermediate in Thailand. If we do so, the price will be
Roughly 110% to 130
The price is about 110%-130% of the cost of living in Thailand.

Cost of Living in Thailand

We have compared prices in several categories. As I said, it is not a simple comparison, so I don’t think it is quite right.

What you want to know, after all, is.
How much does it cost to live?”
So, I would like to present the data from a survey I took at the company I worked for.

We made the survey anonymous, so we believe the numbers are realistic.

However, it will not include the cost of shopping when you return home, and if you are paying the National Pension Plan in Japan, you will need to add that to the amount.

Also, many people feel it is cheaper because the employee pension is not deducted from their salary.

According to Mercer, a leading consulting firm, Bangkok ranked 40th in the 2019 city-by-city price rankings.

The cities surveyed are unknown (probably just the capital cities), but they are up 12 ranks from last year.

Also, according to NUMBEO, a website that compiles databases about regions around the world, Tokyo was ranked 14th and Bangkok was ranked 189th.

Cost of living for a single person according to NUMBEO

Prices and expenses in Thailand

Expenses vary greatly depending on who you go out with and what your hobbies are.

Even though there are many Japanese people in Bangkok, the number of people you will meet is limited and only a handful of them will play together.

Well, I think this point is the same in Japan, but even if you come to Bangkok and want to change your life, the probability of meeting people who think the same way as you does is low, so you need to have some money to spare to expand your human connections.

What we tend to forget

The general price of Japanese quality is 60%, but in terms of spending, 50% is moderately satisfactory and 70% is quite satisfactory.

This includes the fact that there are many cheaper options, but I don’t think people who were moderately paid in Japan would choose those cheaper options in Japan.

But when I come to Thailand, I choose to do this.

For these reasons, even if you live a life in Japan that makes you feel poor, you do not feel poor.

This is incredibly important and lowers the bar for heart satisfaction.

By the way, I am able to live on 60% of my spending comparison without thinking about money too much.