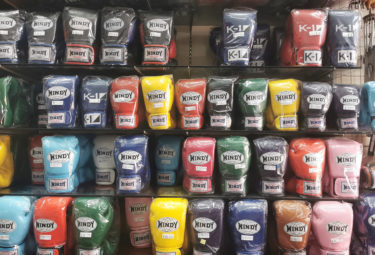 I thought of this as soon as I started learning Muay Thai in Bangkok.

After hitting the mitts, when I took off my gloves with a lack of oxygen, I could smell the intense odor.

I started Muay Thai with the intention of doing it for a few months anyway, but decided to go looking for gloves and bandages early on.

Muay Thai equipment is also sold in sporting goods stores in shopping malls, but many of these stores only carry products that are no-name brands and poorly made.

The gym I go to “RSM”, also sold the gym’s original gloves, but I thought they were expensive and it would be awkward when I changed gyms, so I looked for Muay Thai brand products. 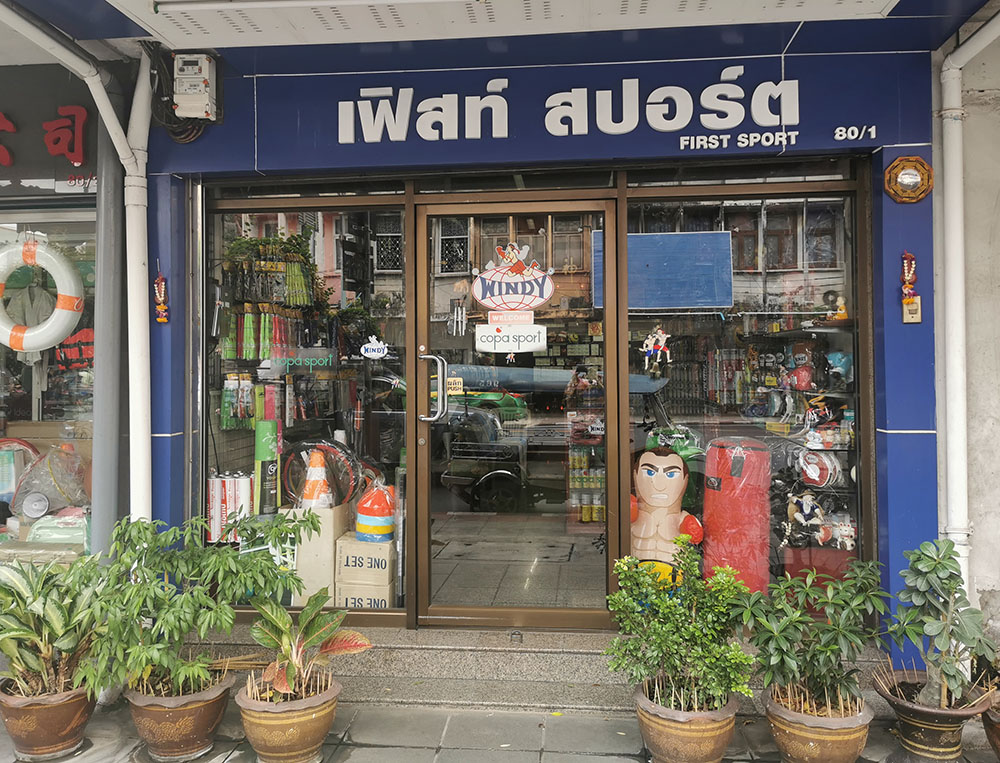 I would like to recommend FIRST SPORT, which is located about a 7-minute walk from the National Stadium station. 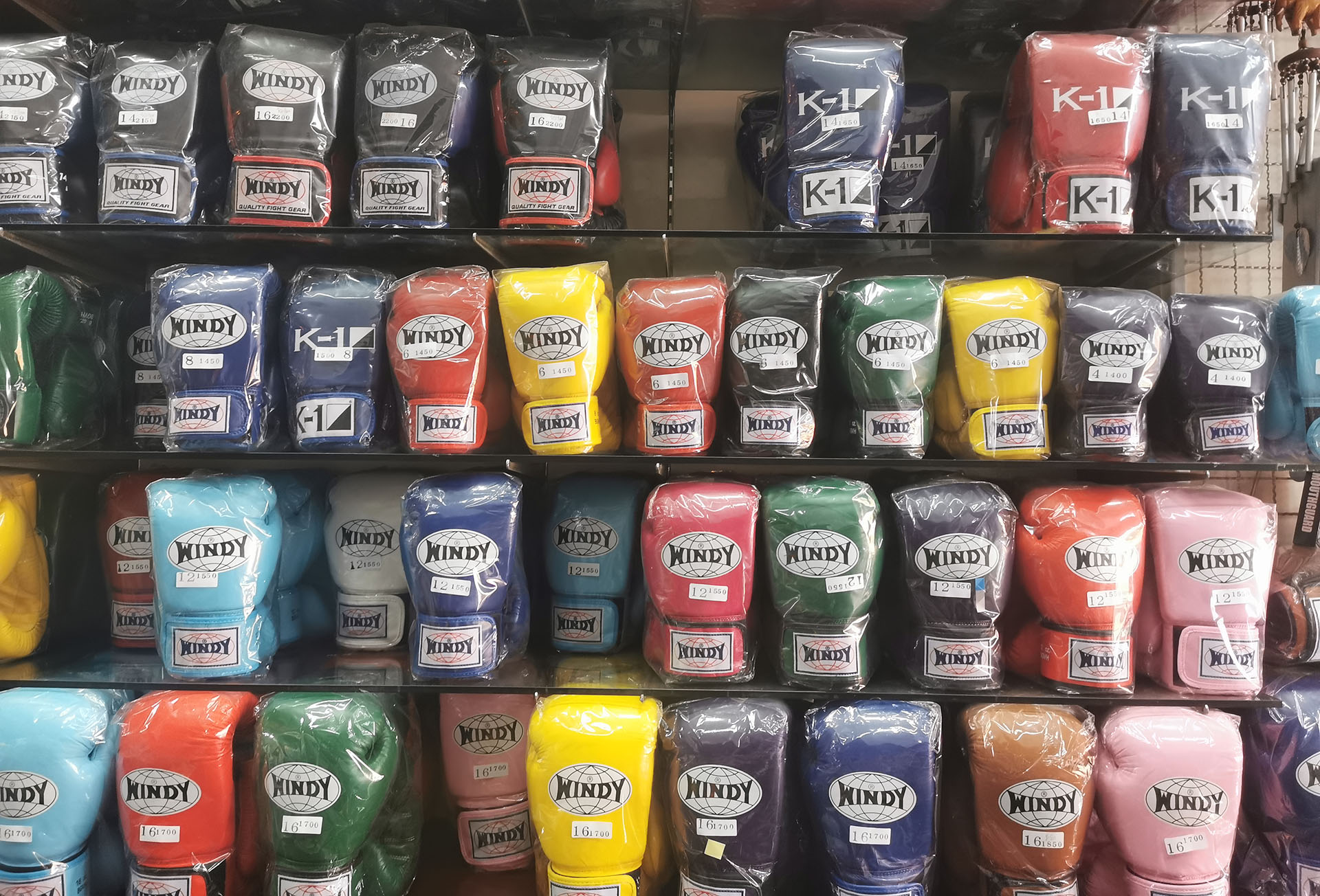 This is a Muay Thai store, and I am very excited about it.

WINDY gloves are made of solid leather and will not be dented even after several years of use.

Located west of the National Stadium BTS station, diagonally across from TESCO LOTUS.

Lots of Muay Thai stores and sporting goods stores nearby.

I looked around a few stores, but the area is a sporting goods district and there are other stores in the area.

The store to the left of FIRST SHOP is a general sporting goods store. It carried basketball, badminton, and soccer balls and wear. 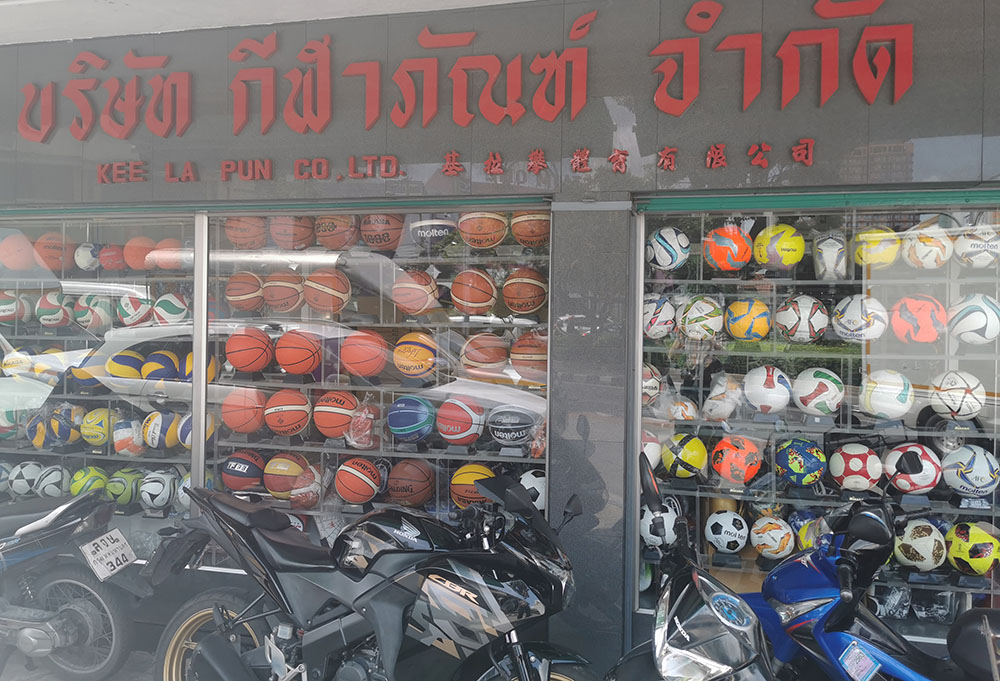 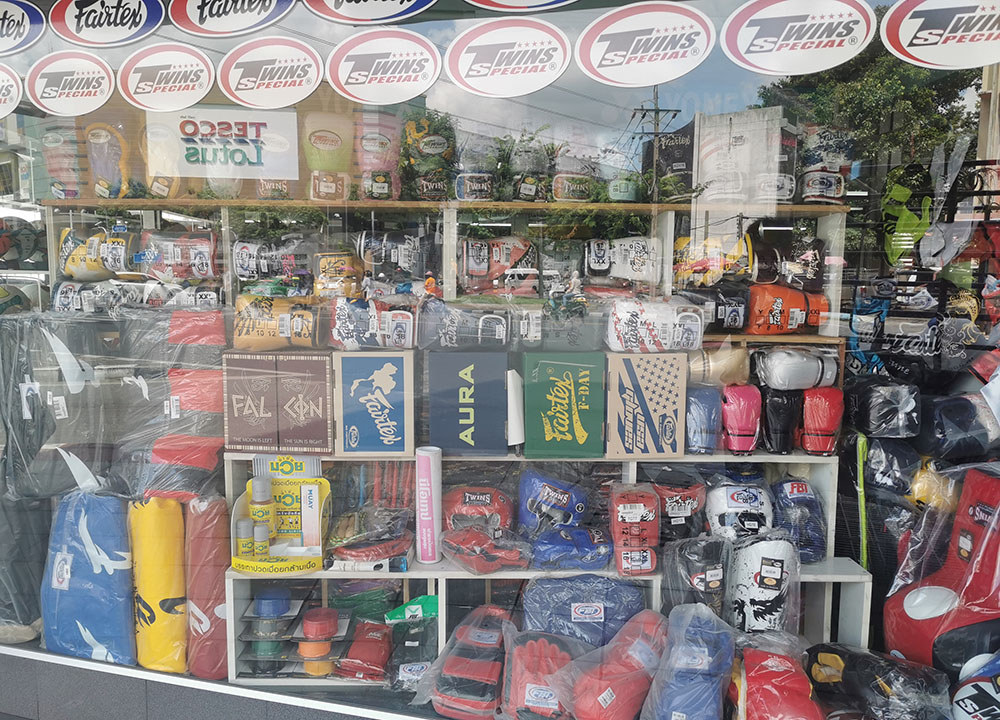 There was also Muay Thai equipment, and they had Gaeo Fairtex gloves. 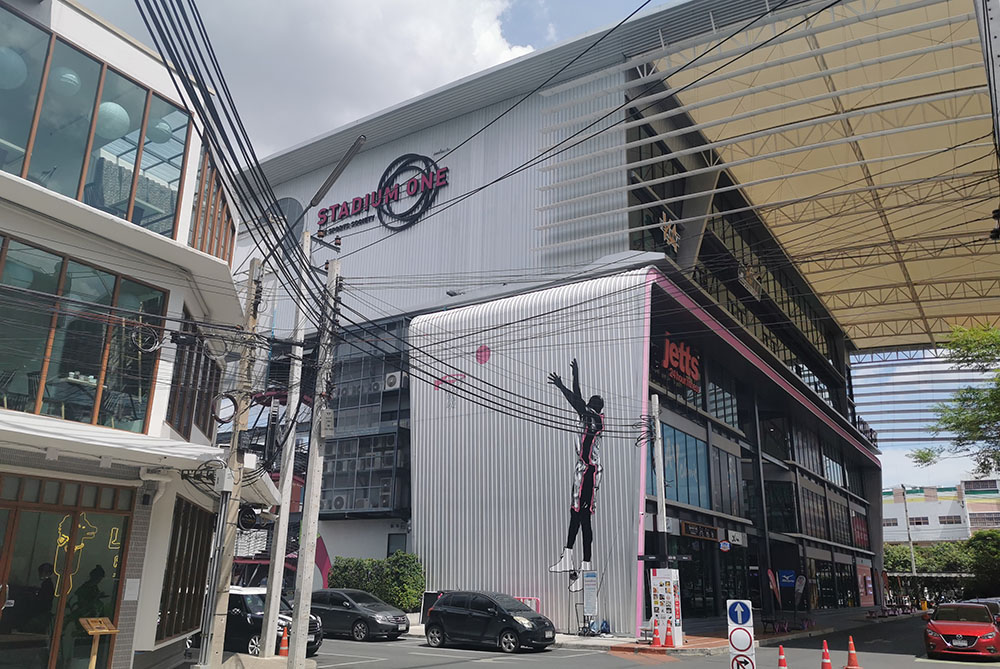 There is a fitness gym and a Muay Thai fitness, RSM, nearby, which also had a sporting goods store.

Near FBT, a Thai sporting goods brand, there was also a store where you can make your own original uniforms.

For Muay Thai supplies, I think “FIRST SPORT” is a good choice, but it would be interesting to go around this area.